Veering away from the history of my climb to DM notoriety - in a good way, naturally - I feel the need to jot down some thoughts, ideas and practices of my own, some of which I hope might help the budding Games Master (Dungeon Master for fantasy - I feel it fits in better).
This post is slightly longer than usual, so please, don't be put off.

Some of you might think, 'Ach, this is nothing new!', whilst others might think I'm totally off my rocker, and for some it just might be too much effort.  But there will be one or two out there reading this that may well have a moment of sheer elation and jump out of their chair doing a Meg Ryan moment screaming, 'Yes! YES! YESSS!', though I doubt it.  But if so, I do not in any way, shape or form accept liability or blame for reactions by friends, partners and or family members.
You're on your own (please picture a smiley face of your choosing).

In advance, for those of you reading this who absolutely loathe lists, my apologies ... but what can I say?

Record Keeping.
Now this can be done for several purposes:

Props.
Every good (or bad, depending on what the prop is ... easy now!) GM/DM has, at one point or other, incorporated the use of physical props to add weight to a pivotal moment/encounter within a game scenario.


*This does not mean the use of livestock, insects or any other living organism.*

As an example, for my games the use of home made 'scroll paper' for maps, etc, has always been a bit of a crowd pleaser.
Taken to another level, I once ran a session where the player characters had fallen into an underground labyrinth inhabited by a band of foul monsters.  So, to add to the tension, I turned off the lights and cracked several neon green glow sticks, as a way of creating the mood of limited illumination within the underground chambers as given off by masses of green glowing fungi.  It was one of my more atmospheric sessions, I have to say.

Props can also be used to 'clarify' certain rulings when faced with the often outlandish claims of a player (and trust me, you WILL come across the player who recites the rulebook so long as it benefits them).
A good example is combat in a narrow space and one player insists on swinging his sword whilst stood within the party.  Enter the bokken - this is primarily a wooden sword of Japanese origin used in practise.  To quote: "The bokken is used as an inexpensive and relatively safe substitute for a real sword in several martial arts such as kendo, aikido and kenjutsu."

The above picture is example only, mine is a single katana with hand guard - an extension of my ten plus years of studying Shotokan karate ( Click here for information), but I digress.  This bokken would be used to demonstrate how impractical and improbable said character's sword swinging would be within the confines of a narrow corridor or narrow tunnel with party members in touching range.  plus, it's a good reminder for yourself, as a GM/DM as to the physical confines of certain weapons.

So yes, props are good, so long as they do not endanger life, limb or sight (or friendships).

*NB: On the mentioning of friendships - I have added this as it is vitally important to be very, very clear regarding the dynamic within an rpg group: things can get rather heated, especially as you are dealing with egos, and players' beloved characters, though the two are not always tied together.  Be very careful if orchestrating scenarios where one player character turns against another (for reasons of insanity, magic or  possession).  Things can go very bad, very quickly.
Be mindful to watch out for 'revenge' tactics by players - I myself have had two friends coming close to physical blows due to a situation where one felt he had been unjustly treated and betrayed (character-wise).
This tends to stem from long running characters rather than newly created ones, where players have formed a 'bond' with their characters.  I find it important to remind players that they are NOT their characters, daft as that might sound.  One good technique is to insist that the players state who is doing the talking by referring to their characters in the third person, "Johan is going to jump over the troll's head.", and not (as most do) in the first person: "I am jumping over the troll's head."

Music.
Excellent mood setter.  I once used the soundtrack to the film, 'Aliens' during one session.  This was a 'Warhammer FRPG' session, where the players found themselves in a horrible situation of being hunted by a pack of werewolves in a field of pampas grass-like vegetation.  They could hear movement, but not see who or what or where it was coming from.  And by a sheer combination of knowing the particular track playing, positioning the players within the vegetation, building up the tension, the werewolves launched an attack upon them with a nasty loud snarl (from myself) as the music jumped in volume in an eerie screeching pitch.


A very satisfying chorus of yelps, swear words and wide eyes from the gathered players were my reward.  Great role playing moment that even now is still recalled by those involved - as a side note, I was not living in the apartment block during this period of role playing.

Refreshments.
My one rule on this was: I supply the location, the light, heat, toilet facilities, etc - you, as players bring the biscuits, and tea or coffee and milk for consumption.  A fair trade off in my mind.  I only made the mistake of supplying everything - once.  Cleaned out of milk, biscuits, crisps and tea bags, I vowed never to do that again.  So, each week, players would bring their own brand of biscuit, tea bags were stock piled as was coffee.  Milk was often supplied by the group.  On some occasions we'd even get pizza delivered after everyone chipped in, money-wise. 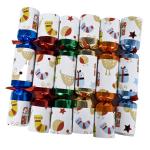 Christmas time, or rather Christmas week I would run a 'Christmas special'.  The session would last ALL day.  During that time I would cook a proper meal, and at a set time we would break from the session, the table would be set (Christmas crackers included) and we'd sit, exchange gifts - nothing major - and enjoy a Christmas dinner together followed by dessert.  Then, with party hats askew, the table would be cleared, washing up done, role playing gear back in place and adventuring would continue.  Once a year, it was well worth the effort.

Book of Maps, Buildings & NPC Names (and stats).
Another invaluable tool set.  Create your own collection of dungeon maps, floor plans, taverns, warehouses, etc.  You will thank yourself over and over for doing this, plus that word, 'continuity' - you can keep coming back to your locations without missing a beat or faltering in the descriptions.

I have a listing of NPC names going from A - Z, both for male and female.  Each time I hear an interesting name I would add it to the list.  Saves so much time when rolling characters to give the list to the players to browse through if they have no clue as to the kind of name they want for their character.

Conclusion.
These are just a few suggestions based on what has worked for me during my time running role playing sessions with a view to possibly making the whole DM/GM experience for the newbie a much more rewarding and enjoyable one, not only for you, but your players too.  Even if reading through this has caused you to rethink your approach to running your first or future games, then at least I have done some good.  If you've had a chuckle along the way, even better.  Make the whole experience of being a DM/GM your own.  Put your own stamp on it.  Trust me when I say this, the more effort you put into it, the more of YOU you put into it, the more memorable and lasting it becomes.

One final word: when it comes to your sessions, keep the numbers minimal.  Once a week worked for me, and I found it kept my players far keener ... and always try to end your sessions on an important juncture; be it a potential meeting, reward or the prelude to a big encounter.

Thank you for reading, and happy gaming.
Scribed and delivered by Mark K at 2:39 pm