I just wanted to wish those of you taking part in tomorrow's 'Blogging from A to Z April Challenge' the very best of luck, and I look forward to reading, what promises to be, a very interesting month ahead. Let's just hope I make it to the end!

Scribed and delivered by Mark K at 1:52 pm 5 comments:

Email ThisBlogThis!Share to TwitterShare to FacebookShare to Pinterest
Labels: A to Z Challenge

- WHITE NOISE? HOW ABOUT PINK OR BROWN NOISE INSTEAD?- 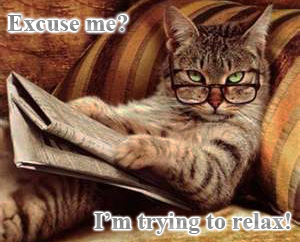 Recently, and by that I mean, over the past several months, I've used a site entitled 'Simply Noise' to help me relax and unwind.


Basically this site offers free selections of white, pink and brown noise to listen to in order to relax, focus, calm and help some to sleep--the latter has been known to work wonders with young babies and children with sleeping difficulties.

The beauty of this site is that it is all free and is aimed to work in conjunction with iPhones, Android phones and other similar devices.

The Lucky 7 Strikes for Revenge! 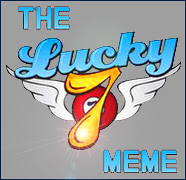 I have fallen foul of the evil machinations of the world-threatening villainess, Jen 'Stavrina Blogfeld'. But I shall bear my burden with a stiff upper lip and good humour as is dictated by 'The Gentleman's Creed', as written by Dr. Watson, under guidance from his dear friend, and colleague, Mr. Sherlock Holmes.

Under the Blogosphere Convention of 1805, page 77, line 7, entitled: 'The Lucky 7 Meme', I must respond in keeping with blog etiquette and law, or else suffer the penalty as listed within the Blogosphere Book of Punishment 1806.

Email ThisBlogThis!Share to TwitterShare to FacebookShare to Pinterest
Labels: Blog

I have had the good fortune to have recently joined in following two particular blogs of two differing aspects, but they have two common factors: each is run by warm, friendly, intelligent and witty young ladies.

What makes these two even more special is the fact they have both nominated me for this dubious award.
Why do I say 'dubious'? I say it mainly because I'm hard pressed as to what I'm actually versatile at? If it's my two-fingered typing, then yes. If it's the fact I can add html without cocking it up, then that's also another yes. But that's about as far as I can go?

I recently, within the last thirty-six hours, changed my profile tag/image. Mainly for the fact I had become bored with my last one, but also as a true representation of me as a gamer, past and present.

The words contained within were written by me at a time when I was Guild Leader within an MMO game entitled Guild Wars.  I signed up for this game back in 2005 when beta testing events were held on every first weekend of the month prior to the game going gold - being released for sale to the world. And what made it all the more appealing? No monthly game fees! So purchasing the game was never going to be an issue, as I wouldn't be dipping into my pocket once that was done. A ground breaking approach (at the time) by ANet, which many scoffed at - amazing how those who paid a monthly fee assumed the role of superiority against those of us choosing to play Guild Wars, based on the fact they were paying out each month for something they had already paid for (which I have done myself for WoW)?

Be you a gamer, a role player, a GM/DM or a writer, setting the scene or creating the mood and bringing to life the magic that is our imagination is all important. It takes us to another dimension from which to enjoy those things that give us pleasure.

I present to you a mix of visual and audio pleasure; stimulate your mind (and soul) with these two videos. Hopefully they will inspire you into creativity, or simply move you to a state of relaxation. Either way, these are beautiful works that never fail to move me and make me question as to why mankind is so hell bent on ruining this precious gift we live on.

Spartacus: Blood and Sand - A tribute to Andy Whitfield

- Tribute to the late Andy Whitfield aka 'Spartacus', who died of cancer age 40 -

A brilliant series for television; gritty, violent, explicit in many ways, but full of twists and turns and never fails to deliver. Filmed in the style of that great Spartan film, '300', everything was done in studio with green screen CGI for backdrops. Read on...

I love an underdog, and I'll always bat for their corner, so-to-speak. So today's Blog Spot is not so much of an underdog, more like a fledgling blog in need of some support and encouragement.

The guy who runs it, Zavi, hails from Florida, USA and is full of ideas and enthusiasm for his chosen system of role play: Castles & Crusades . His blog site burst into life in February 2012, and so far, along with myself there are two others following it. His blog is called, Randemise and is well worth a look for Zavi's ideas, thoughts and creativity on his chosen rpg system.
Plus, I think it's important for the blogging community to support new blog sites such as this in order to add flavour and energy into the mix.

Thanks for reading this, and in advance, thanks for taking a look at Zavi's site :)
Scribed and delivered by Mark K at 11:57 pm 2 comments:

This is a brilliant video promoting Assassin's Creed Revelations.
The reason? Well, there are several: apart from the fantastic animation, there is Wood Kid's amazing 'Iron' track, plus this video never fails to give me goose bumps--and if I'm totally honest about it, I suspect one of the main characters (Seren) in one of my ongoing stories, 'A Matter of the Heart', is loosely influenced on the Assassin in this promo video.
Anyway, I hope you enjoy :)

What Was Your First RP Kill? 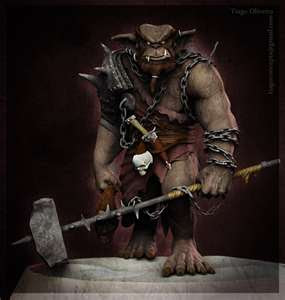 I recall the very first game of 'Dungeons & Dragons' I played in a vague, mist-filled way that long past memories seem obliged to do. Something very much like hitting fast forward on your TV recording device - you only get to see snatches of a frame here, a frame there. So it is with my memory of the first kill as a newbie role player.

The scene was outdoors, I recall. At the time it was vitally important my character (this was a solo venture run by my DM friend, I hasten to add) find a certain cave system.

For the life of me - and my character - I wondered why a cave would be so important? Why couldn't I be fighting a dragon, or... or...? Well, sadly, that was the limit of my fantasy knowledge of beasties - dragons.