The theme tune from the excellent 'Vikings' series. Hope you enjoy it.  :)

Scribed and delivered by Mark K at 10:11 am No comments:

Email ThisBlogThis!Share to TwitterShare to FacebookShare to Pinterest
Labels: Music

Today I found myself thinking of an old pal of mine who I lost touch with and some years ago discovered that he had passed away. Every now and then I think of Alun and the fun times we shared together and with our group of friends. Our training as squad mates in the Cardiff Swimming Club, the summer days spent at Southerndown Beach, and the crazy bike rides we'd go on every day during the summer holidays before our 2 hour training sessions at the National Sports Centre and Empire pool.

I miss him and often wonder what his life would have been like if it hadn't gone all so wrong for him and I had been a better friend and hadn't lost touch.

So, this is dedicated to those whom we have loved and have since passed over to a better place, be they family, friends and even those beloved pets who became our closest companions.

Let this be a positive meditation in memory of them, recalling everything positive, everything happy and, if you are of the mindset that has a belief in the afterlife, to that day when we shall all meet again.

Scribed and delivered by Mark K at 2:16 pm No comments:

Scam Phone Calls Are Back

So, we are heading towards the end of January and breaking in the boots of the New Year that is 2017, and I thought, having changed internet providers and requesting a 'new' phone number, that past incidents of scamming phone calls from India would be a thing of the past.

How wrong could I be.

I receive the third 'WITHHELD' phone call this week at 0830 am this morning. I know instantly what's coming as soon as I see the caller display showing the 'withheld' notification.

Sometimes the person on the other end is polite, and to the uninitiated, can be quite convincing. Other times they are just lacking that bit of polish and confidence, and then there are the plain, outright rude and bullish types - always male. This morning's call was from the latter type of scammer.

Read more »
Scribed and delivered by Mark K at 9:53 am No comments:

Email ThisBlogThis!Share to TwitterShare to FacebookShare to Pinterest
Labels: Life

Whilst training today I had Absolute Radio playing via my iPad through a bluetooth speaker. There's no denying it, I'm definitely an 80s music fan without a doubt.

In between sets of squats this track by Paul Young came on, 'Come Back and Stay' from 1983. That lovely sliding bass line instantly transported me back to when I was 19 and living in a cold and damp flat in Roath, Cardiff. It had been my first shared home outside of my family house, and I lived there with my first fiancée, until we agreed to split.

When this record was out I had the album it came from, 'No Parlez' and would play it continuously on my record player, usually when getting ready for work - at this period of my life I was employed working the door of a nightclub called 'Bananas' in the heart of Cardiff's city centre, and my best childhood friend, Chris, was the DJ. The night club scene then was amazing, as everyone knew each other and the atmosphere was one of a party and never one of trepidation or a fear of violence.

I even had this song - along with the complete album - on my cassette deck in my old Ford Capri. Boy, did I love that car, a tatty looking thing with suspension that made it roll worse than a fishing vessel in a storm, but it was mine, and at 19 years of age, I was oblivious. Every day was an adventure. I could go without sleep for 48  hours (and did more often than I should have) without problem, train without aches or getting sore, would wake up of a morning full of energy and ready to take on the world, and all my clothes were off the peg. Plus I was now single, but still very naive, and I suppose, still very innocent. But 1983 was a fantastic time.


Scribed and delivered by Mark K at 3:03 pm No comments:

As some of you may recall, back in April 2012, on Wednesday 11th, my wife and I, and our dog Darcy, said farewell to Ceri, the guide dog we fostered during the last months of her training.

It was a heart-wrenching moment permanently etched into our hearts and minds. We've often talked about Ceri and what she must be doing now, and where she must be living.

As it transpires, my wife - a chiropractor by profession - was treating a patient who knew the lady who had received Ceri as her guide dog, and so the conversation went on regarding Ceri's training, time spent living with us and so on.

Read more »
Scribed and delivered by Mark K at 4:04 am No comments: 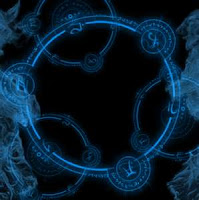 "I drew a perfect circle!"
"Yes. I see."
"I think it's possibly the most perfect circle I've ever drawn. What do you think?"
There was a pause. Silence between the two of them, teacher and pupil both staring at the ground and the circle inscribed there and the figure it contained within.
"I would have to agree, it is indeed your best work to date. No sign of hesitation. I am impressed, Adept."
The Adept beamed with pride at the Guardian's praise.
"But," added the Guardian.
The Adept's smile vanished, her three glittering globes blinking rapidly.

Read more »
Scribed and delivered by Mark K at 7:03 pm No comments:

Email ThisBlogThis!Share to TwitterShare to FacebookShare to Pinterest
Labels: Writing

Remember Who You Are

If your mind is a vortex
Losing its context
You're wondering what's next?
Stop. Listen to your heart
That steady beat
Keeping you alive
Feel it
Appreciate it
Treat it with the respect it deserves
Silence your doubts
Calm your mind
The swirling thoughts within you
Will only ever confuse you
Stand firm and resolute
Silence your doubts
Focus on peace and energy
Find your centre
Find your place
That tiny trace of who you were
When times were happy
Be the you that you deserve
Be the you with the genuine smile
Be the you that you remember
Reconnect
Distance yourself from the toxic
Leave the shadows behind
You are unique there is no denying
Shed no tears and stop the crying
Lift your face
Stand proud and defiant
Strength is within you
Let it shine like a light
No more hiding in the night
Your mind is a vortex
Take command and control it
You are your destiny
The past your foundation
The future your path
Tread with conviction
Purpose and direction

You are in control.

Scribed and delivered by Mark K at 7:15 pm 2 comments: 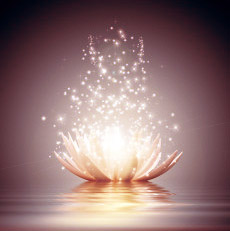 Welcome to January 2017. I hope this post finds you, the reader, in good spirits and hope filling your soul as we stride forward in to the new year before us.

Connecting with people can be a surprising event, made all the better when the connection is unexpected, unplanned and out of the blue. When serendipity deigns to bring about such an occurrence our reactions can be surprising to say the least, and when you see something reflected back at you in that moment it can be as if a gentle dawn has begun to bathe you in a warmth that makes you smile both inward and outward. Conversation is uncluttered and absorbing wrapped in a feeling of familiarity that does not breed contempt, but the complete reverse.
It can be like two old friends reuniting across immeasurable distances, where time does not factor, for them there is only the now. The laughter is easy and not forced, the energy is positive and palpable, the friendship unspoken. Initially the connection might be unclear and even elusive, but eventually it makes itself apparent.

Read more »
Scribed and delivered by Mark K at 12:08 am No comments: